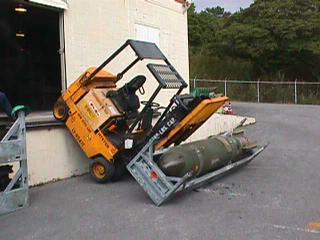 Our homework from Thursday’s class was to bring a joke to class today. We were to have the joke up to the funny part written on one side of the paper or index card and the punch line on the opposite side. I can handle homework like this, says I.

So I found a couple of jokes online and printed them out. I left plenty of white space before the punch line and folded the paper over.

When we got to class, we passed all the jokes to one end (we were sitting on the front row in the theater) and the person on the end passed them back out making sure that one didn’t get one’s own joke but someone else’s joke.

Then the instructor called out names at random and you had to go up on stage and read the joke. Pretty simple, right? You just had to read the joke. Whatever was on the paper.

Well anyway, he called my name out and I went up on stage to read the stellar joke that had been handed to me.

I walked purposefully up the stairs, walked to the center of the stage and smartly turned towards the audience. I cleared my throat and read.

How did disco die?

I raised my eyebrow questioningly at the class, flipped the paper over then turned it right side up.

In the disco Inferno

I casually walked off stage and mentioned that they had just witnessed Comedy Gold.

Back in my seat, I eagerly awaited when some poor unsuspecting fool would get on stage and read my joke. Oh little did they know how it would kill. I imagined heads tossed back as laughter floated up to the rafters and tears flowed down their happy shining faces, each person trying to catch their breath but they couldn’t because the joke was just too funny.

A taxi passenger tapped the driver on the shoulder to ask him something. The driver screamed, lost control of the car, nearly hit a bus, went up on the footpath, and stopped inches from a shop window.

For a second everything went quiet in the cab, then the driver said “Look man, don’t ever do that again. You scared the daylights out of me!”

The passenger apologized and said he didn’t realize that a little tap could scare him so much.

The driver replied “Sorry, it’s not really your fault. Today is my first day as a cab driver – I’ve been driving hearses for the last 25 years.”

See? Funnay. To the max.

Anyway, after several more people went, a guy went up on stage with my joke and when he got to the punch line after speeding through the first part with, albeit some enthusiasm, but too fast to be clearly understood in my opinion, he said this:

The driver replied “Sorry, it’s not really your fault. Today is my first day as a cab driver – I’ve been driving horses for the last 25 years

Of course, it made no sense and was totally not funnay. I put my hand up to the side of my mouth and prompted Hearses. What? Oh, hearses. People are like What? What was the punch line? Oh, hearses, ha, that is funny.

Not quite the pandemonium of cackles and guffaws I had hoped for.

The guy says I thought it was a typo and was supposed to be horses so I said that instead. What?! Just Read The Joke. That makes absolutely no sense. I don’t think anyway, maybe there’s a joke in there somewhere but not the one I intended to have people Rolling On The Floor Laughing Their Asses Off. He’s like, Oh hearses, I get it. Huh huh.

Well the exercise was not about how funny or not the jokes were, it was about presentation. Some tried to make the joke funny even if it was not and others knew the joke was bad so they didn’t try.

The point is, when you are on stage, all eyes are on you, so you’ve got to make the audience believe in what you are saying or doing. Otherwise you break the suspension of disbelief.

And then you get beaten backstage with mackerel.