Really, it is. I “picked” it out (fluffed it up) last night as part of my costume and now it hurts.

M and I went to a Halloween party last night that one of her professors threw. There were a lot of people there (dozens) and I knew 1.5 of them.

Anyway M was a bean farmer/gold prospector, at least those were the two options she came up with and she was cute. I was, wait for it, Napoleon Dynamite. I pretty much killed. I even had some random girl come up and ask for a picture with Napoleon.

Tonight is another party, Zombie Apocalypse is the theme. I think I’ll be Zombie Napoleon Dynamite. I had planned to just wear this crazy polyester suit I’d picked up years ago at the thrift store but the ND costume is just too good to not use again. I just have to figure out how to do some zombie makeup.

Sometimes I feel sorry for baby giraffes because they have such a long way to fall.

Maybe in order to understand mankind, we have to look at the word itself: “Mankind”. Basically, it’s made up of two separate words – “mank” and “ind”. What do these words mean ? It’s a mystery, and that’s why so is mankind.

I hope you managed to catch a nappy at work today due to the totally awesome How To Nap At Work instructional video. It comes in at a whopping 11MB, not very dial-up friendly at all.

If there’s anyone out there that’s on dial-up or you just have a slower connection and you’d like to see the video but can’t swing the 11MB download, LET ME KNOW. I can post a smaller one if need be.

And I’ve got another idea for another video, so if you wanna be hip and see teh funnay, you’ll need to tell me if I need to make a smaller version for you bandwidth impaired folks.

Meanwhile, this evening while I was preparing my audition tape, I got a text message that one of the dudes from Runnin’ With Scissors, Matt Albert, was going to do a stand-up set at the local tavern’s open mic night.

So I cruise on over there and run into a couple of old friends and we chat it up. Soon Matt takes the mic and does his set. He’s never done stand-up before AND they’ve never had anyone do stand-up at open mic night before. He got some big laughs and I thought he did great.

I chatted with a couple of people and headed home to try and finish up my tape. As luck would have it, all the takes I did are too long (the maximum time allowed is 60 seconds). The last day to have the audition tape postmarked is, of course, tomorrow. I ain’t gonna cry if I don’t send one in, but I like to send one in. Maybe I’ll get up in the morning and re-do it, edit it, burn it and mail it all by the end of the day. Sha. Yeah, right. We’ll see.

I did exercise today and I ate pretty good except for dinner. I did not eat well this last weekend. It is late and I will not be hitting the gym in the morning. So sue me.

Well, here it is: the second installment in the Essential Life Skills Instructional Video Series on IMKH. Check out the first one if you haven’t already.

Did you have a late night? Or maybe you couldn’t sleep? Are you struggling to keep your eyes open at work today? Getting sleepy at work happens to everybody.

Here’s how to covertly nap at work.

Today I’ll be taking you through some tips on how to catch a few minutes rest at your desk. You’ll learn a couple of different ways to covertly snooze at work and you’ll learn some things to avoid. Because unless you are the boss, you don’t wanna get caught.

For both methods you’ll learn today, it’s essential that when you sit facing your desk, you are facing towards a direction that someone can not see your face.

Editor’s note: Because of my crappy production team (I still need to fire them), the video is a bit dark due to a window behind me. You may want to turn up the brightness on your monitor

Without further ado, the video:

niltiac gets credit for the first method. Check out her sweet diagram. (Sorry, I think I put a ‘d’ on the end of your name in the video.)

You can modify these techniques or come up with your own method of sneaking some shut eye in during the workday.

As I’ve stated before, M. is a full-time student and a part-time teacher. Of Spanish. She is very busy with school work and grading and what not. Some days we don’t see much of each other and she doesn’t get a lot of sleep.

So the other night we’re laying in bed talking. We haven’t seen each other all day. I left before M. got up and she didn’t get home until after 11:00pm. Sometime after midnight, we’re trying to catch up a little bit on each other’s day. M. told me about one of the classes she teaches:

M. : So we talked about dog vomit today in class.
KR : What?
M. : Well, this guy coughed and the sound of it reminded me of when Callie is coughing/gagging and about to throw up.
KR : … So…you…told this guy “Hey you sound like my dog when it vomits?”
M. : Well not in those words exactly, but basically, yeah.
KR : *rolls eyes in the dark*
M. : And then this girl started talking about how her cat gets car sick and vomits all over everything. The class soon spiraled out of control talking about pet vomit.
KR : Good lord woman! You say the strangest things in your class.
M. : At least I didn’t mention your penis again.
KR : *choke cough sputter* WHAT?! YOU’VE MENTIONED MY PENIS IN CLASS BEFORE?!
M. : Weelllll…not so much your penis per se…
KR : Oh for the love of …
M. : A couple of semesters ago we were talking about foreign films and I mentioned that my old roommate and I liked to rent them. After seeing a few of them, we were surprised at the amount of full frontal male nudity. I commented that you just don’t see that everyday. Except, well, I do…since I’m married.
KR : Do you ever actually, you know, teach in this class of yours? Or do you just talk about vomit and wangs all day?
M. : I promise I haven’t mentioned your penis since.
KR : Good, I hope not.

Yeah, that’s basically how it went. Man I’m glad she’s getting out of this teaching gig soon. There’s no telling what random strangers know about me.

I think my water levels are still trying to stabilize. That probably would explain the rapid weight drop and body fat slight increase. The body scale uses bio electrical impedance analysis to measure body fat and it is sensitive to the amount of water in your system.

I slept in today. So I’ll have to make it up this weekend and get some exercise.

9:15am: yogurt with some granola and string cheese
11:45am: chicken tender salad and a banana
3:30pm: granola bar
6:00pm: dinner with friends at Old Venice Pizza Company (I’ll do the best that I can) 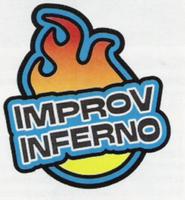 In acting class today, we studied improvisation. There are rules, well not really rules, but guidelines when doing improvisation. After thinking about it a bit I’ve decided to incorporate these rules into not just class and improv practice but everyday conversation.

So here’s some of them for your perusal.

Yes, and This means that when someone says something to you, you reply in the affirmative AND with a statement of your own that raises the stakes, so-to-speak. You’re trying to build a metaphorical ladder, so someone makes a statement, you say “Yes, and” follow up with something that is a rung higher. This way you are both contributing to the scene and it’s going somewhere.

So, if your boss says I think you are doing a fine job on project XYZ, you respond with Yes, and I’m so good that I’m totally kicking the collective office asses of everyone here, so you’d better watch your back and your job. Just an example, apply it to where you see fit.

No questions This follows along with the first guideline. Both people need to contribute to the scene, if one person makes a statement and you follow it with a question, you are putting all the creative burden on the other person.

This one could prove difficult in Real Life, but there are ways around it. Instead of Will you help me move this really heavy couch?, just say Here, grab the other end of this couch and move it. That way it eliminates that “gray” area people have when thinking about if it’s a good idea to help you or not.

Don’t say No If someone makes a statement, don’t disagree with it or you’ll kill the scene. Also, you don’t want to get into a situation like I am holding a banana. No you’re not. Uh, yes I am. No you’re not. Yes, yes I am. Are not. etc etc

Hmmm, sometimes I need to say no, you know? If someone says Here, grab the other end of this couch and move it. I’d be all Uh, no. But if some chica caliente (or chico, to be fair to my wife) says Can I have a three-way with you and your wife? of course I should say No, but according to the new rules of conversation, I can’t! Yes. Yes you may.

Boy, oh, boy could this one get you in trouble. But hey, you gotta practice the rules to get better at improv and why not practice in everyday conversations? So when your wife/mother/or significant other asks if you want seconds of the meat loaf they made, just let fly the first thing that pops into your head Are you serious? I ate the first helping to be nice. If I have to eat any more of that excrement my stomach will secede from the digestive tract and create its own union at Shoney’s down the street.

There were more, but I’ll stop here. I don’t want to inundate you with new rules for your life all at once. Let me know how it works out for you.

I don’t hurt nearly as bad as I thought I would. So I went to the gym this morning and did 20 minutes of high intensity interval training and 20 minutes on the treadmill (4mph @ 10.5 degrees or % or whatever).

I got in bed at 11:00pm last night, so a little better than the night before. I still couldn’t go to sleep for a while and then I slept fitfully until M. came to bed at midnight (she’s a full time landscape architecture student and part time teacher, so she spends her nights working late hours, poor thing)

It took me 26 minutes. It could have been worse since I haven’t exercised in a couple of months. There’s lots of room for improvement.

Lots of water and peeing. I’ll see if I can’t mention pee and/or peeing more.

I got in bed after 11:00pm last night, so not quite the 10:30pm I was aiming for. It didn’t matter cause all I did was lay there until about 1:00am. I hope I can fall asleep a little quicker tonight.