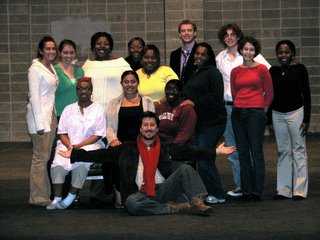 I’m trying to plan a New Year’s trip to NYC.

I bought a new camera. So I need to learn how to use it properly.

M’s about done with her semester. She teaches three classes of Spanish and takes four landscape architecture graduate classes. She’s what we call insane. But she held up very well this semester, professionally, academically and more importantly emotionally and physically. I’m proud of her.

I’m still on the fat train.

Audition for the new SCT show next week. Meeting about another show tomorrow night.

After three plus weeks of fighting a “cold” I got tired of the coughing and snot and went to the doctor. I’m the proud daddy of one healthy upper respiratory infection. Yay for free antibiotic samples! No beer for me for a week or so.

I’m ready for Scrubs to start coming back on NBC.

The Bourne Identity is quite a good book. Way better than the movie.

I need to balance my checkbook.

My TiVo needs a bigger harddrive.

I once spent an entire Saturday building a cat tree. The cats rarely use it. Bastards.

My grandfather has a malignant growth in one of his kidneys. He had some kind of new procedure where they freeze the growth done today, I think. I hope he’s ok.

I’m looking forward to King Kong and Chronicles of Narnia. I saw Rent twice. Maybe a third time this weekend.

“The opposite of war isn’t peace. It’s creation.” 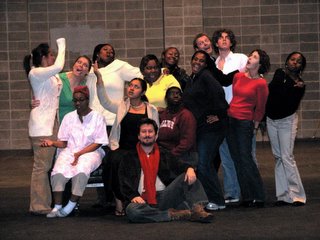