I can’t remember if I ever mentioned this, but I got cast in the next SCT show. I was totally sick and drained during auditions but I apparently I did well enough. Here’s how it went down.

We had to sing a song and do readings from the script. There were 20-something people that auditioned and they were seven parts to fill, three female and four male. I figured there was only one part that I had a chance at being cast in due to the ages of the other parts and I was pretty sure that I wasn’t going to get it due to the talent at the auditions. And I was right, I didn’t get the part of the late-twenties preacher, I got the part of the 17 year old twin.

Turns out the director didn’t stick real close to what the script said about ages, and that’s fine with me!

The play is Smoke on the Mountain. It’s a musical comedy set during the 1930’s in a Baptist church for a Saturday night singing. The preacher has hired the Sanders family, who are a traveling gospel group. I’m Dennis, one of the twins. Denise (Molly Watkins) is my twin sister. There’s Burl (Paul Ruff) – the father, Vera (Madeline Golden) – his wife, Stanley (Kevin P. Kern) – his brother and June (Krista Vowell) – the other daughter. Bruce Lesley is playing Pastor Oglethorpe. Pattye Archer is the director, she directed the summer musical revue that was so much fun last year. Alison Stamps is the AD.

We started rehearsals this week and have music bootcamp this weekend. I have to play the upright bass, guitar, banjo and piano. This is going to be a great show to be a part of and I’m very excited. When it gets closer to opening night, I’ll post the dates so you can make your ticket reservations.

I’m going for the hat trick on posting today.

I saw this a while back. Talk about embarrassing 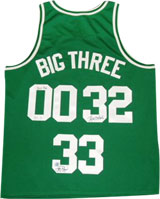 So Kareem Abdul-Jabbar (KAJ) had a cameo on Scrubs recently. I was like “That’s cool, I haven’t seen him in a while.” Then I remembered how much I hate him. And Magic. And Worthy. I think you can figure out why. 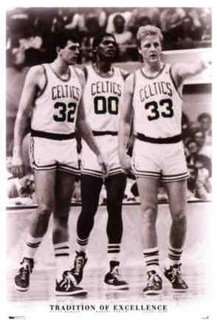 This is why I read dooce every day. And the way she spoke about why things are funnier when her husband laughs, I’ve heard M say the same thing. It makes me feel warm and fuzzy. And a bit gassy. 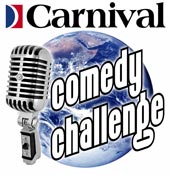 There has been a lack of original comedy content for Rufus-only-knows how long on this site. I’d like to say it’s because I’m busy preparing karyhead.com 1.0. Well that’s true, but there’s been a lack of good content here for ages.

This post has little to do with that. But it got me thinking. I know some of my local fellows in comedy read this crap.

So. Here’s what I’m proposing.

We take a suggesion on a subject from the blog audience, ala improv, then write up some stand up material and go to Dave’s Darkhorse next Monday night at open mic night and deliver it. Let the audience decide which one they like best. Winner buys the others a round at the bar. Or something.

So, we take suggestions via comments. Decide on a topic. Write funny (hopefully) original material, go to Dave’s next Monday night and kill. Audience decides who wins.

Yes, this scares the bejeebus out of me. That’s why it’s fun and exciting. Matt and Houston have done it. It can be done. They should join in the challenge.

Who accepts my challenge?

Another SNL Digital Short from The Dudes.

Natalie Portman. Sure, she’s beautiful but I’ve always gotten the feeling she’s a bit of a, uh, princess if you will. Well anyway, she gets a couple of cool points for this, as she co-wrote it.

Watch while you can, NBC will prolly ask youtube to remove it.